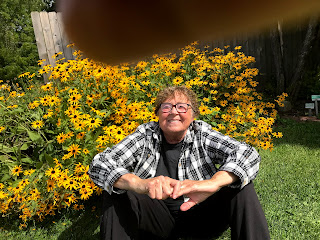 I really don't want to get used to cancer in our relationship, but as we enter our 12th year since diagnosis I worry I am becoming too relaxed. Multiple Myeloma is a fatal, incurable disease that primarily strikes in your later years. However, thanks to God and medical research, the 18-month "expiration date" has been far exceeded! For this I am humbly and deeply thankful.

We continue to get support from our cancer group, those who have been in the "foxhole" with us and other close friends. Relationships matter -- they are vessels of both support and healing.

We are now on a drug "cocktail" of daratumabab, pomalidomide, and dexamethasone. The first drug administered intravenously once a month and pomalidomide orally for 21 days dexamethasome each day. The worst secondary effect is neuropathy in her feet. 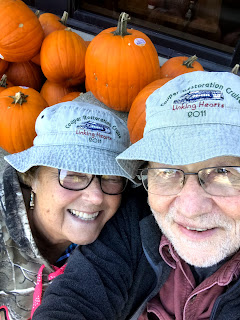 We have a more complicated situation because in our case the disease wiped out Sabine's kidneys. We were lucky to be able to do home hemodialysis at our own time five days a week. Supplies are sent to our home and we meet with a patient group for a joint medical appointment with our doc and other home hemo couples.

Between all this, Sabine keeps exercising each day (walking the hills in our woods) and has been able to maintain a positive outlook. Our church family has helped out greatly here as well.

So what have we learned so far? Close friends + support groups + home hemodialysis + daily exercise + faith community + getting out and doing things + showing lovingkindness to one another = better management of our cancer.

We continue to press on. Life does not have to be perfect to be wonderful!

p.s. If you look back at this blog you will see that the frequency of my posts here is based on the intensity of my feelings of grief, fear, and potential loss.
Posted by My Sabine at 9:03 AM 1 comment:

Stages in a Man's Life